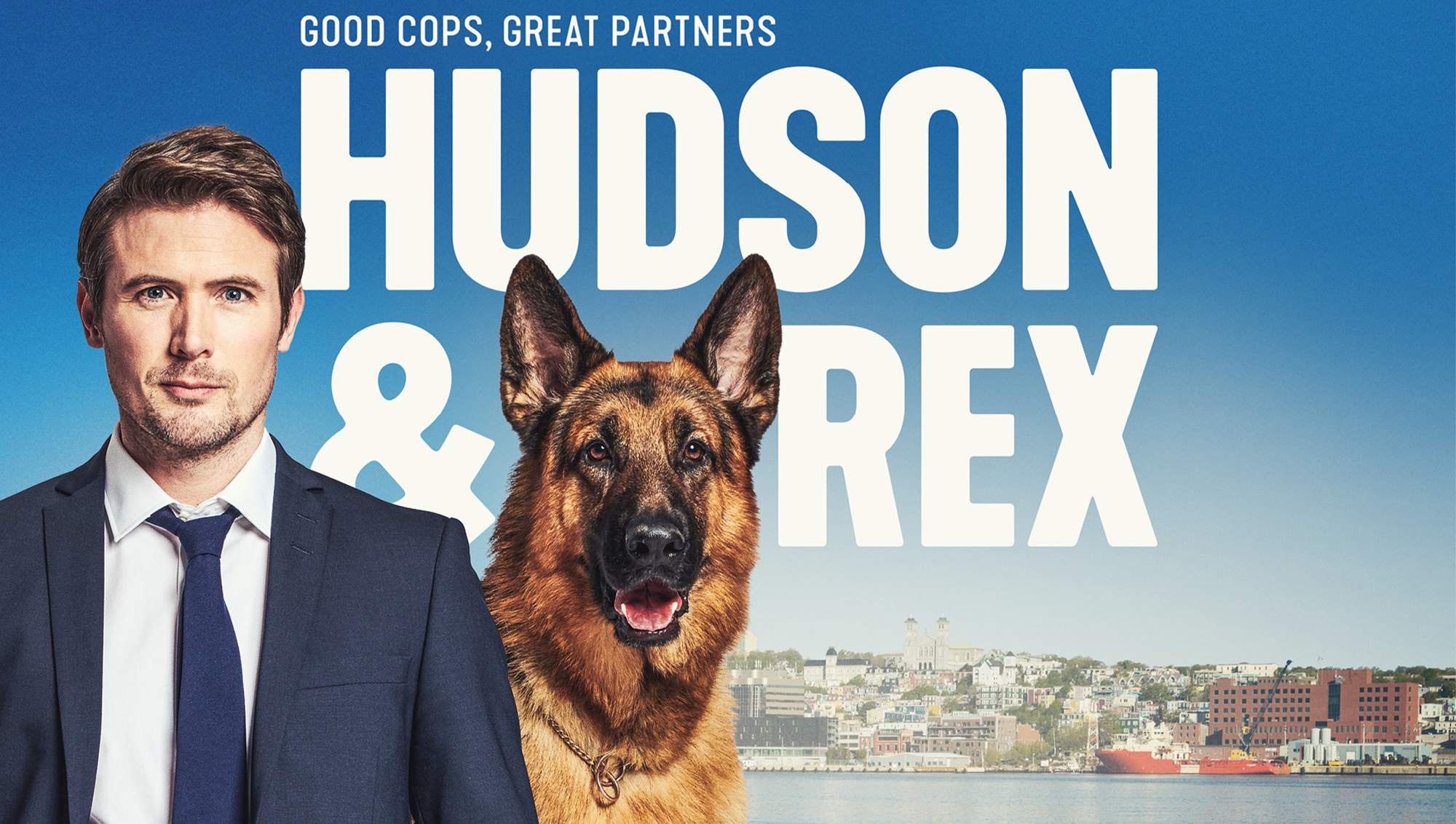 Munich, 28 April 2021. Season three of the success procedural Hudson & Rex exceeds all expectations in its home turf on CityTV (Rogers Media) in Canada, as well as on UKTV's Alibi with rating increased over 50%.

The crime show about Charlie Hudson (John Reardon) and his extraordinary former K9 dog Rex closed the third season on CityTV this spring with an average increase of almost 50% in comparison to the previous installment. Set in St. John on Newfoundland, the series gathered up to one million viewers an episode with a strong fan base among adults between 25-54 years.

Season three currently runs with extraordinary success on UKTV's Alibi, gathering an exceptional 60% increase in viewers in comparison to season one, while averaging nearly half a million viewers per episode.

After the continuous success of the series, the canine/cop procedural's cast announced the fourth season with 16 new episodes during its season three finale on CityTV last week. Hudson & Rex (64 episodes) is produced by Shaftesbury, Pope Productions and Beta Film for Rogers Media / CityTV. Beta Film also handles the world sales.